Thank You! You Kept Your Promises: Ethiopia Reads, Bahir Dar and a Special Little Girl

Returning to Bahir Dar the summer of 2014 was a special event.  This is our daughter’s birthplace, and at six, she is becoming more and more interested in the facts and circumstances of her joining our family as well as her life before.  Even when she was younger, we wanted her to feel connected to this place so we raised funds to put an Ethiopia Reads library in a school there.  When we went in 2011 on the first of what we hope are many trips to Ethiopia, the building was dedicated but the library was far from a reality.  Leyla was three years and enjoyed her time there but kept no memories.  So this was her first chance to make the connection we hoped for her.

When we asked our guide about going back to library and what arrangement had been made, he replied we would just stop by while in Bahir Dar.  Michael and I glanced at each other nervously; dropping by a school unannounced didn’t seem like a very good idea.  And we had made it clear this was an important visit for us.
But we said nothing and hoped for the best.We walked into the school entrance and immediately became the center of attention of throngs of school children.  The kids enthusiastically directed us to another area in the back of the school. A number of them then followed us, bounding with energy as we walked there.  Laughter and silliness filled the air as many pairs of bright brown eyes watched our progress intently. 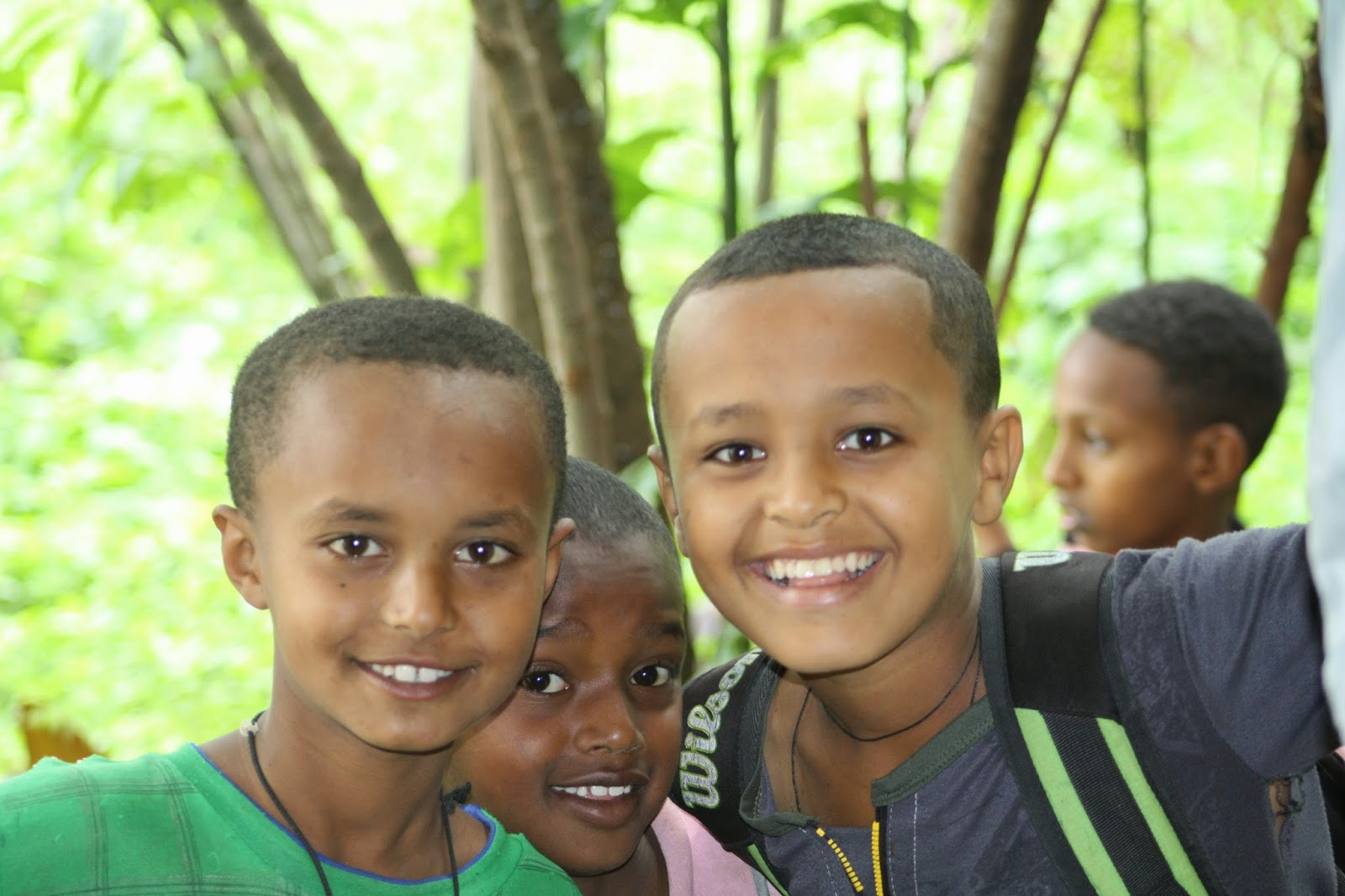 We found the school administrator in a small room.  He was leading a meeting with a large number of the teaching staff.  Our guide gave him a brief explanation for our appearance.  The school principal in turn introduced our family to his teachers.  It was so inspiring to see a room full of educators that likely would have taught Leyla had she remained.  They called out greetings to us for a moment and then, all but one, turned their attention back to the meeting.


A lovely older woman teacher was tasked with showing us the library.  We didn’t know what to expect.  Three years had passed. We knew it was possible the library had not been maintained.  Where there are bigger priorities, sometimes libraries become victim to neglect.   We were thrilled to find a working library being used by kids and adults.  It was vibrant and alive; unlike the virtually empty space we saw previously.

We saw the plague we had brought  dedicating the library sitting high on a book shelf as we entered.  I took it down to have closer look.  Reading the words again with the library now a reality and Leyla able to appreciate what meant for these kids was a moving experience.

This library is for the children of Bahir Dar,
birthplace of Leyla Marie Fasika
beloved daughter of Ellenore and Michael Angelidis
and
cherished sister of Dimitri and Damian Angelidis

"Once you learn to read, you will be forever free"
Frederick H. Douglas

Having Leyla proudly hold it up closed a special loop.  Now this was truly her library too.

The teacher with us made a passionate plea for more books and an extension of the library building which was serving close to 2,000 children and simply could not accommodate all of them well.  I sensed a steely determination to help her students as she pressed on. Opportunities like meeting us don’t come often she explained.  The need is everywhere but so is the joy and opportunity I see etched in the bright eager faces of the kids who engaged with us at every turn and of their terrific advocates and teachers. 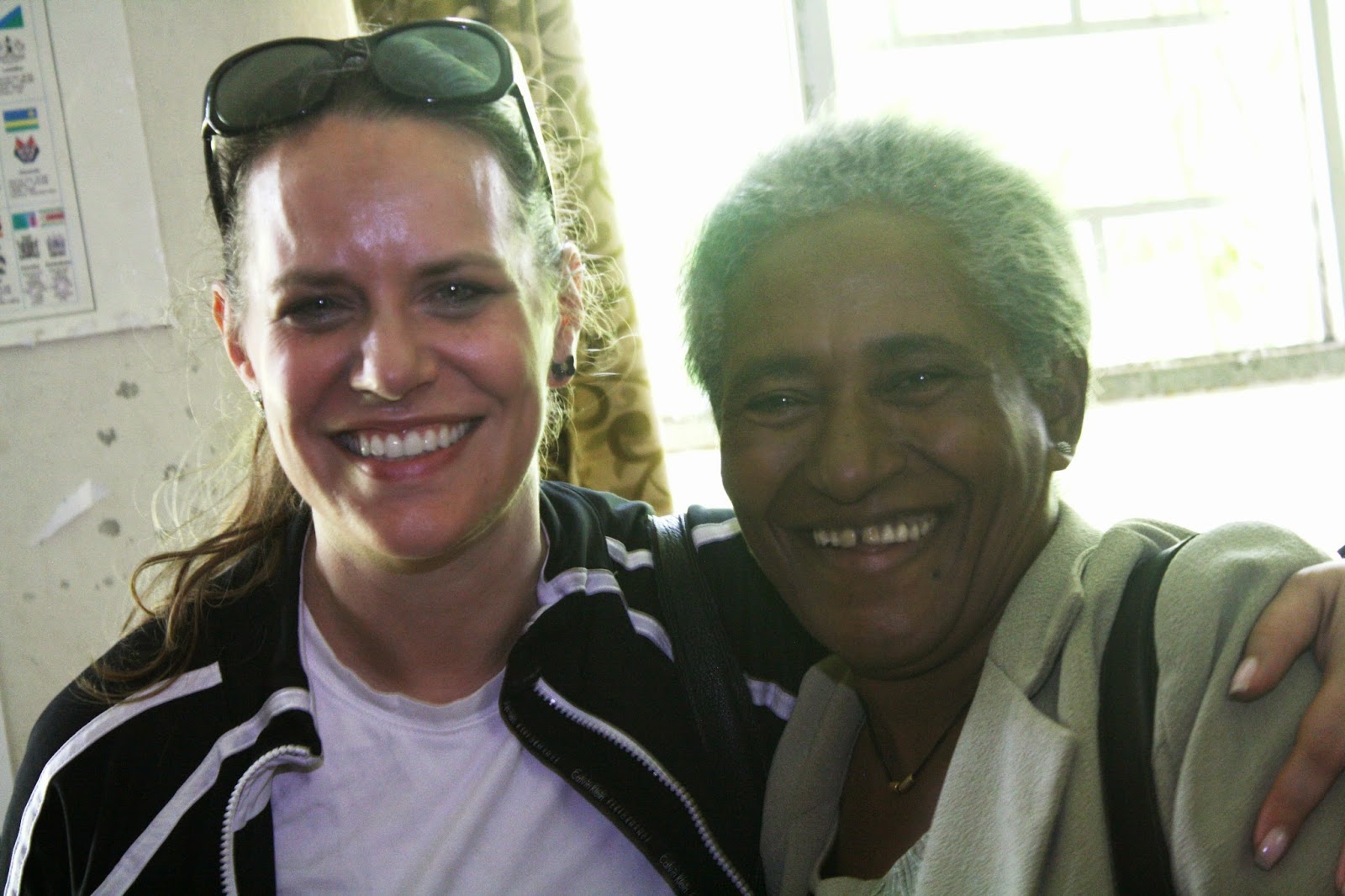 Meeting the children in person is truly one of the great joys for me. Kids overcome language and culture so naturally as if it's no barrier at all. Their openness and joy is inspiring.  They are the future and were grabbing on to the opportunities in front of them to learn with both hands. Their smiles were sunshine in this land know for 13 months of it. 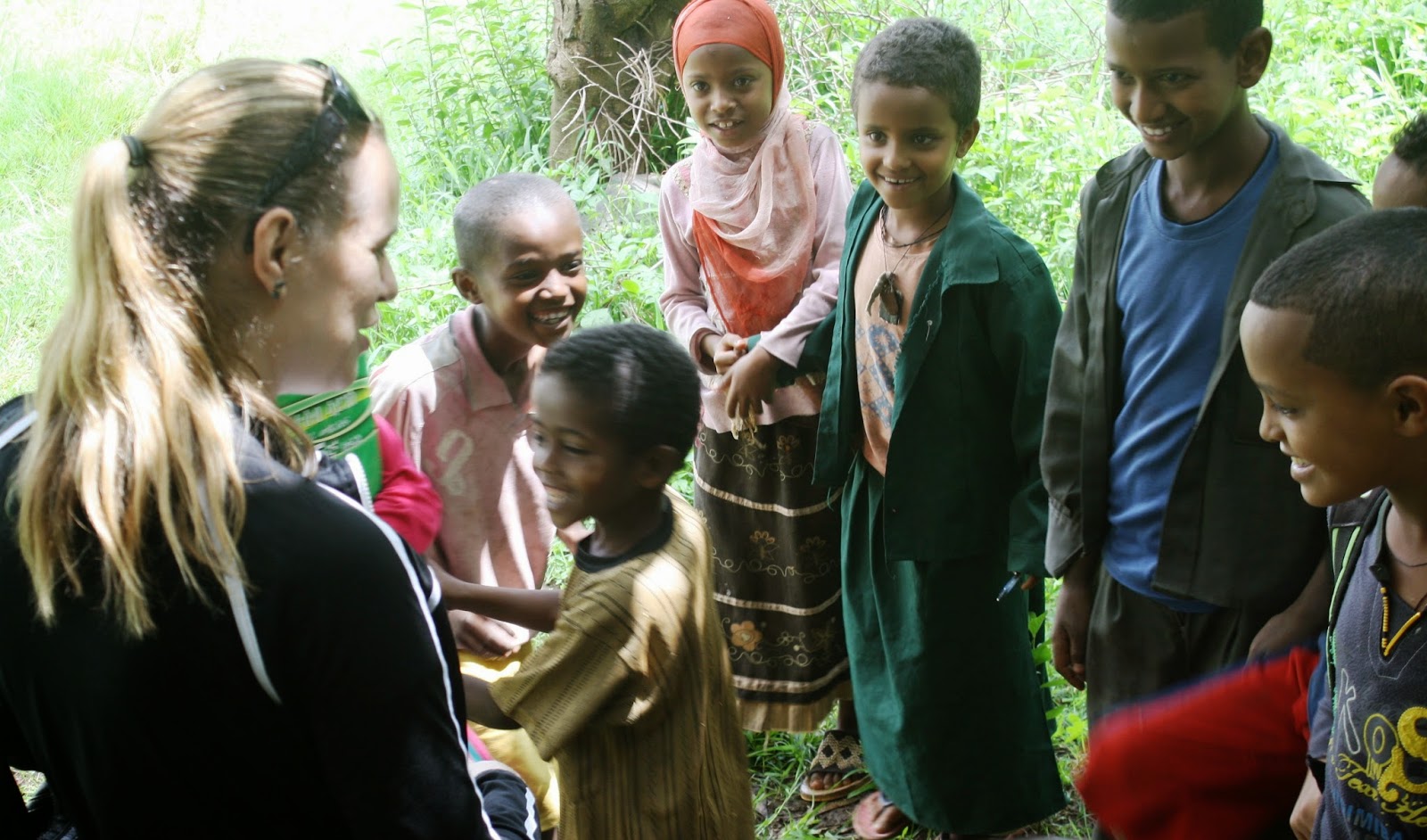 As we were walking out, the school principle enthusiastically picked up Leyla and held her aloft. And he introduced her to the students surrounding him as the reason they have a library and as one of their own, since they shared a birthplace.  I think she might have preferred to be a little less the center of attention in that moment, like when she found a quiet place to read a new book a bit earlier.  But she smiled good-naturedly as the kids cheered.  But I also saw a sense of quiet pride and belonging pass over her beautiful face at this unexpected and unequivocal welcome into the community where she began her life.

Waiting for our driver on the busy sidewalk, we saw a familiar face, impeccably dressed in suit.  He was one of the administrators who welcomed us on our last visit . Our guide told us he wanted to tell us something before we departed and then translated for him.  What he said to us filled my eyes with grateful tears,


"Thank you.  You kept your promises.”
So many of our friends, colleagues and great people we met in person or virtually on our amazing journey made it possible to keep these promises.  So we extend this heartfelt "Thank You!" to you too!
Posted by eangeli at 2:59 PM