September 11th never meant anything to me before 2001. I recall vivid details of that day and the days that followed. Small details became etched in my brain because of the horror of the day - like who I met with immediately before seeing the television screen with the burning towers. I have a hard time remembering meetings from last week much less nine years ago. I recall the eery strangeness that came over me when I looked in the sky above our house where planes regularly circled when they couldn't immediately land at nearby O-Hare airport in Chicago and saw nothing but blue for days. My youngest son was 7 months and I wondered what kind of world would he grow up into. My sense of security was ripped away and in its place was a raw appreciation of how fragile and illusory that sense was.

In 2008, I gained a new meaning for September 11. September 11 is the Ethiopian New Year. Around this time of year, we received the referral of our daughter and an introduction into her Ethiopian culture. The Ethiopian calendar (Amharic: የኢትዮጵያ ዘመን አቆጣጠር yä'Ityoṗṗya zämän aḳoṭaṭär), is based on the older Alexandrian or Coptic calendar, which derives from the Egyptian. But like the Julian calendar, it adds a leap day every four years. Like the Coptic calendar, the Ethiopian calendar has twelve months of 30 days each plus five or six epagomenal days, which comprise a thirteenth month. The sixth epagomenal day is added every four years without exception on August 29 of the Julian calendar, six months before the Julian leap day. Thus the first day of the Ethiopian year, 1 Mäskäräm, for years between 1901 and 2099 (inclusive), is usually September 11 (Gregorian), but falls on September 12 in years before the Gregorian leap year. The year 2003 begins today September 11 in this calendar.

I looked for pictures to show the joy and celebration that my daughter might be experiencing in her native land today. I was surprised to find pictures of little girls that looks strangely familiar although I had not seen them before. I looked back at picture from Leyla's second birthday and saw her yellow dress that mirrored the yellow flowers decorating the young celebrants in Ethiopia. How appropriately similar they looked including the life and fire that shines out of their eyes. 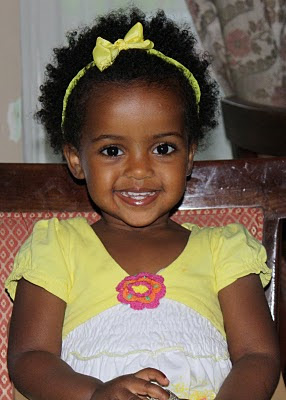 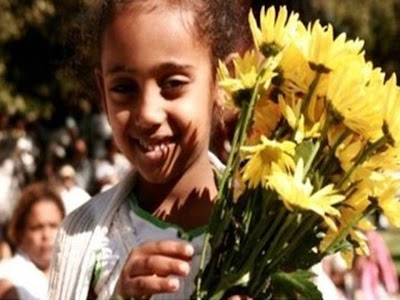 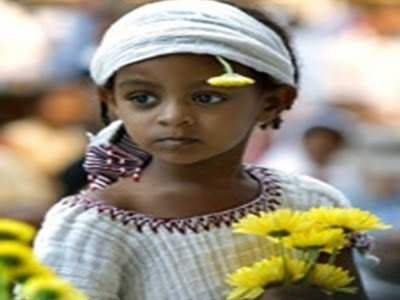 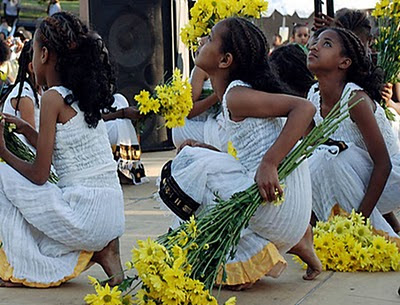 Now both meanings I have come to know for this momentous day intertwine as I reflect. I celebrate the amazing culture that was not mine until my daughter made it so. I also remember the inhumanity and humanity that is exposed in tragedies driven by hate and misunderstanding. I see a connection in the sharing of cultures which leads to greater appreciation of both uniqueness and sameness. A part of me wishes for a way to replicate what happened in our family on a massive scale although I know hearts change on an individual level. Our family now reflects 4 cultures - Dutch, Greek, Ethiopian and American - and our hearts are open to appreciating and learning about the many others that make up the mosaic of our globe.