Inspired and Encouraged by Strangers - the power of sharing 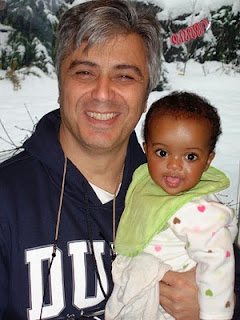 I was uploading some picture to a wonderful site called AdoptiveFamiliesCircle. Their link is on the side of my blog. This is a favorite photo of mine from our first Christmas as a family of five which brings back wonderful memories for me. It was so great to have Leyla finally home with us. For those who have been through the adoption process, you know the unknown and the waiting are the hardest. I recall how much I enjoyed looking at pictures on this site and on blogs of people who were strangers to me at the time and likely to remain that way when we were waiting for our referral. It made me think of the other strangers who had inspired and encouraged me on this journey.

I recall one day when our adoption agency, WACAP, had a get together of parents waiting for their children from Ethiopia as well as parents who had already brought their children home. When we went through our adoption, the Ethiopia program was still in the “pioneer” stage for our agency so there were many more unknowns. At that meeting, three families who had brought their children home particularly encouraged, moved and inspired me. You see the pictures of these families from WACAP’s site below. The first two had brought home little girls about the same age as we expected to get. Looking at these beautiful children and the clear bond they already had with their families after a relatively short time home was such an amazing sight. Sharing that with those waiting and those wondering if this was calling them was an amazing gift. I felt much less anxious and concerned about the process ahead of us after that meeting. 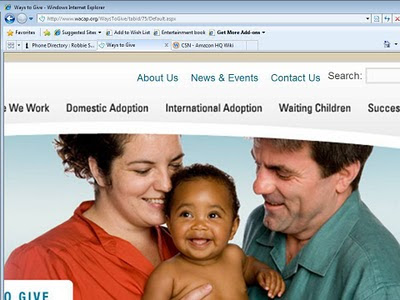 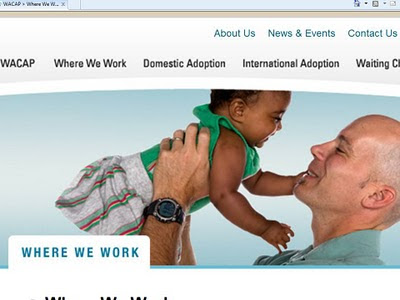 The third family was a single mom and two older children. She had already adopted 2 children from India who were grown and had won an auction trip to Ethiopia. Through that trip, she came to the conclusion that she was supposed to adopt additional older children from Ethiopia – these children are much less likely to be adopted. Her full story is in one of the publications on the WACAP website. At this get together, she talked of her children’s birthmother whom she had the privilege of meeting while she was there. She had tears in her eyes as she spoke. Her voice was low and soft so her children did not hear details that might pain them. Choices like their birthmother had to make are unimaginable to most of us. The choice this adoptive mother made is also one that most with grown children could not imagine. I was very uplifted and humbled by the gift of sharing her journey this mother freely gave with the people in the room. 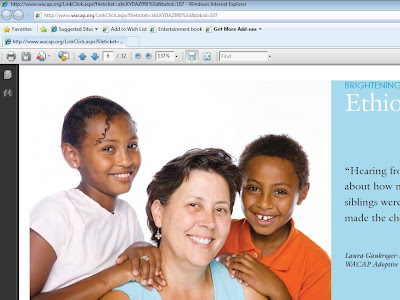 When I think about what I can do to make a difference, I often overlook the chance to encourage or inspire someone you don’t even know. As I upload pictures to the AdoptiveFamiliesCircle or to WACAP's website, I hope that our story and pictures might uplift some mother waiting to meet her child, might provide guidance to a father that isn’t sure if adoption is the right path for his family, might reassure some brother who is wondering what it is like to have a little sister who doesn’t look like him, and finally might comfort a birthmother who is wondering if her child is living the life she hoped for her child when she gave them up. And I close by sharing one more favorite photo of our little Seahawks fan at 9 months old - hope it at least makes you smile. 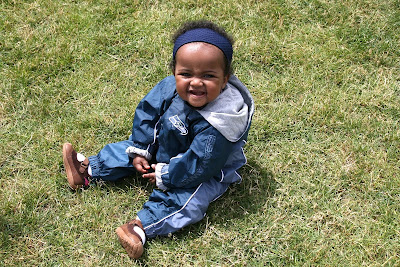